i found this on youtube. is this for real?

Email ThisBlogThis!Share to TwitterShare to FacebookShare to Pinterest
Labels: Laos 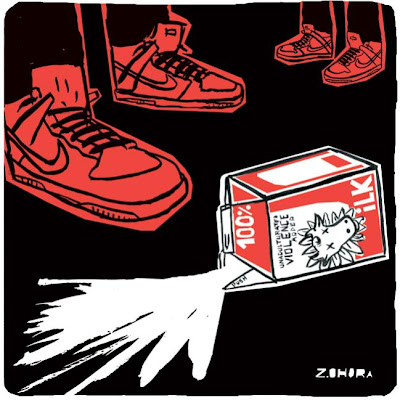 in december, about 30 asian students were attacked at a philidelphia school in what some call a racially-motivated attack. see below for the story:

http://www.bet.com/News/National_StudentsReacttoBlack-AsianViolenceinPhilly.htm
Posted by jrm at 2:20 PM No comments:

so let me catch yall up to speed real quick on this one: the bachelor's new season just started (and although i don't watch it, luckily i have friends that do; because i would've missed this one!) well, apparently a cambodian woman was selected as one of the girls for this particular bachelor to choose from.

so to set up this clip below, i'll explain a little more: what i've heard is that when she exited the limo to meet the bachelor for the first time (and he is an airplane pilot by profession apparently,) she said something to him in khmer (cambodian). after the bachelor told her, "that sounds beautiful," he asked her its meaning, to which she responded, "i will tell you later - in private!" (the tension builds!)

so view the clip below - this is their private meeting...

ok, now onto the real discussion - the youtube comments on the clip. my favorites are from alexee below. apparently she couldn't just comment once. she commented once, waited an hour, commented again, waited another hour, and again and then again! see below in italics.

She brought shame to Khmer﻿ culture. Khmer women are talking like that on a national TV, especially to a guy who just met. Secondly she has made Khmer women look bad. It looks like the guy did not want to hold her hands until she asked him to. You have brought to Khmer women, to Asian women.
alexee2007 (15 hours ago)

She brought shame to our culture. You don't say this to a guy who just met. You﻿ can tease when you have dated for a while. You make us Khmer girls look bad. Thanks for disgracing Khmer people you moron.
alexee2007 (18 hours ago)

Wow, we are famous now for selling our soul. What's a disgrace that she has brought to Khmer people. What has she done to to our culture. It makes us﻿ khmer women look cheap and desperate.
alexee2007 (19 hours ago)

really? shame to cambodian culture??? what?

so this is my question: how does one woman on a trash reality tv show bring shame to a whole country or people? can we really base our judgements about cambodia on this one woman? what about all the white american women on that same show? do they bring shame to white people everywhere? (or just shame to themselves and whatever man or woman that may still call them daughter?) if there is anyone is america that obtains a negative opinion of cambodian women or culture based on channy (who, by the way, got voted off of the first episode,) then that person is ignorant and doesn't even get a seat at the proverbial table for this discussion. so don't sweat it. white women on reality tv have been making trashy comments for years, and white america seems to be ticking on in its self-assured, arrogant and ignorant way.

by the way, can anyone tell me what channy is really saying? is she really saying landing strip? wow.
Posted by jrm at 5:22 PM 5 comments: