baton rouge is thuggin' it...

my hometown is the setting for the home-made-looking "thuggin' it and lovin' it in baton rouge" dvd that's hit the streets and is causing some controversy. controversy for the police that the people in the video are shooting off guns "that even the police don't use," and controversy for the residents that baton rouge is presented in a bad light. the media group (and i use that term loosely) that made the video claims that the people in the video are just actors... but more on that to come. watch this clip on the br news website: 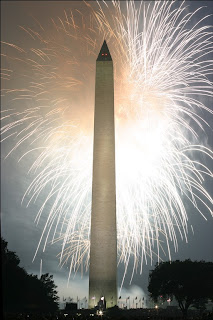 happy independence day. this is a good day for all americans. fireworks, bbqs, and sleeping-in. hooray.

now take this little quiz. do you know as much about our great country as a naturalized citizen?